Tashkent Tobacco starts licensed production of international brands. The country's budget will receive over 130 billion soums in one year.

News > Tashkent Tobacco starts licensed production of international brands. The country's budget will receive over 130 billion soums in one year. 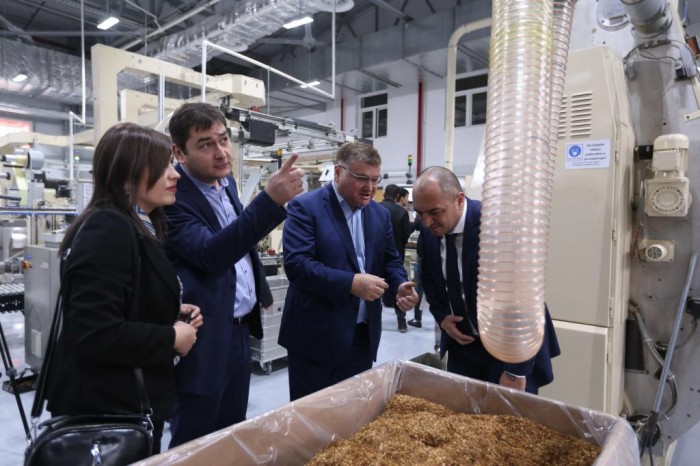 To date, the partners have jointly made investments in the construction and installation works of the enterprise that meets international quality standards, as well as in its equipment with advanced equipment from German and Italian manufacturers. During the first year, the planned production volume will be 500 million cigarettes. According to the calculations of Tashkent Tobacco, about 130.2 billion soums of taxes and other mandatory payments will be paid to the country's budget in 2020.

Production lines at the factory are installed in strict accordance with the legislation of Uzbekistan and safety standards that are applied in PMI factories around the world. In order to ensure the control of tobacco products, Tashkent Tobacco is additionally equipped with innovative equipment for testing laboratory and quality control of cigarettes at all stages of production.
"Our company was one of the first to make a practical contribution to the development of the country's investment potential by inviting foreign investors to cooperate. The company has created jobs with a five-day work schedule, provides food and transportation of employees. Also, as a next step, we plan to implement an investment project to develop a distribution network and equip retail with modern trading equipment with coverage of more than 3000 outlets within the first few years. This, in turn, will give momentum to the development of retail business and the creation of new jobs, " said Ali Hajiyev, one of the founders of Tashkent Tobacco.
PMI specialists will provide technical support to the capital enterprise. Tashkent Tobacco has also planned a comprehensive training and development program for local staff, both at the PMI production plant in Kazakhstan and directly at the plant in Tashkent.
Recall that Tashkent Tobacco was registered in 2005 and is a company for the production of cigarettes. The factory employs more than 100 people. Today, the company has long-term business cooperation with leading international tobacco companies. For two incomplete years of operation, Tashkent Tobacco paid more than $ 20 million in taxes to the budget, of which $ 14 million - only for 11 months of the current year.